The time for games is over

Tonight, following a massive defeat of 432 votes to 202 for the UK government in the House of Commons over the Brexit Withdrawal Agreement, the UK must now explore other options on how to proceed, including a peoples' vote, according to the Greens/EFA group.

Philippe Lamberts, President of the Greens/EFA group in the European Parliament comments:

"It's very clear that the Withdrawal Agreement does not command the support of the UK Parliament. However, this devastating defeat for Theresa May cannot be seen as a crisis but as an opportunity to break the deadlock in the UK Parliament and take the question of Brexit back to the people. The time for political games is over, the solution to this crisis must be put to the British public.

"Under no circumstances can the UK be allowed to crash out of the EU in March, UK MPs must work towards building a positive majority to rule out no-deal. Scare stories about Stockpiling medicines and fake ferry firms is utterly irresponsible behaviour when the UK government and parliament have the power to rule out a no-deal Brexit."

Ska Keller, President of the Greens/EFA group in the European Parliament comments:

"In this situation, an extension to Article 50 needs to be considered with the aim of breaking the deadlock. From the EU side, it's clear that red lines around the Good Friday Agreement cannot change. Peace in Northern Ireland is not a bargaining chip, it is peoples' lives.

"A second referendum should be on the cards as a way to find a solution. If the British people were to decide that they want to stay, the EU needs to be very clear that our arms and hearts are very open." 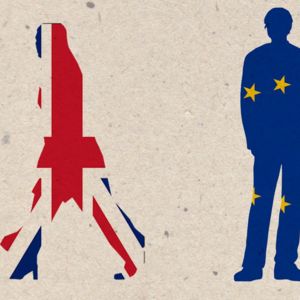