Based on such “practical questions”, they asked the Commission to assess, by April 2021, whether these plants should continue to be regulated under EU GMO law.

In September, a coalition of scientists, NGOs and non-GM food retailers announced an open-source detection method for the first commercialised gene-edited crop, Cibus’ SU Canola, an oilseed rape grown in Canada and the US. Based on standard GMO detection technology, the test can be readily integrated into the analytical routine of any regulatory or commercial GMO testing laboratory.

But the Commission’s Joint Research Centre (JRC), which chairs the European Network of GMO Laboratories (ENGL), has said the test “cannot be applied for unequivocal detection, identification and quantification” of this unauthorised GM crop.

During the webinar, we will hear the views of those who developed the detection method, of the European Commission and of MEPs from the Greens/EFA, S&D and GUE groups. 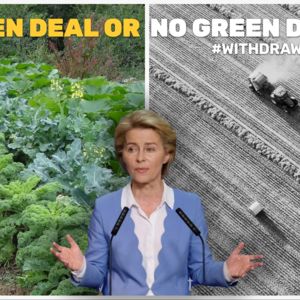