Abortion rights must be protected

Today, MEPs voted on a resolution on 'Abortion rights in Poland,' following the recent ruling by the Polish 'constitutional tribunal' in Warsaw, which de facto bans abortion in the country. The results of the vote are expected at 16:30. The vote comes after yesterday's debate on the Istanbul Convention and violence against women.

"The ruling of the Polish constitutional tribunal is in effect a ban on abortion. The ruling puts people's lives at risk, has brought tens of thousands to the streets, and shows the extent in the breakdown in the rule of law in Poland. The PiS government has attacked the independence of the judiciary so that they can pursue a far-right agenda that undermines fundamental rights. The judiciary in Poland can no longer be considered independent and rulings from the constitutional tribunal cannot be considered legitimate.

"It's been a year since the Parliament called on the Commission to include violence against women in the catalogue of rights and to ratify the Istanbul Convention and yet nothing has happened. The Commission and certain Member States have ignored the calls of the Parliament. It is the duty of the Commission, Member States and all of us to stand up for the rights of women. It is absolutely unacceptable that there are women in Europe today who are still not safe in their own homes and that there are still countries in the EU that call women's rights an ideology."

"We must show solidarity with Polish women and all those fighting for their fundamental rights in Poland. It's time for the European Commission to finally stand up to the Polish government and launch infringement proceedings. The Commission and Member States have a duty to protect European values and take action against the Polish government for its attacks on the rule of law and the creation of LGBTIQ-free zones. LGBTIQ people's rights are fundamental rights. If President von der Leyen genuinely agrees with this statement then she must practice what she preaches and act against the attacks on the LGBTIQ community in Poland.

"Sexual and reproductive health and rights are non-negotiable. The efforts of the Polish government show complete disregard for the health and rights of women and pregnant people. The European Union must stand up for the values of gender equality, respect for human rights and non-discrimination. We shouldn't need to have to pass a resolution to remind European leaders of the need to respect these common values. The Commission and the Council must take action through the ongoing Article 7 procedure on the rule of law in Poland."

More:
The recent judgement of the illegitimate "Constitutional Tribunal" in Poland rendered abortion on the grounds of “severe and irreversible foetal defect or incurable illness that threatens the foetus’ life” unconstitutional, and thus, illegal. It is estimated that 98% of abortions in Poland take place on these grounds; which equates to a de facto ban on abortion in Poland. This ruling constitutes a grave violation of human rights as well as the principle of bodily autonomy and a pregnant person’s right to choose whether or not they continue with their pregnancy.

The results of today's vote will be announced at 16:30. 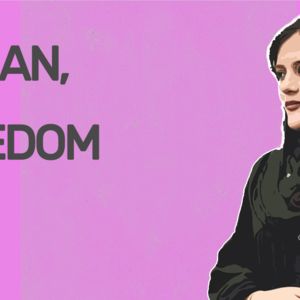