Greens/EFA Roadmap for the Committee of Inquiry

1. Establish the facts on the real world exceedances of NOx emissions

The Committee of Inquiry should start by collecting the evidence regarding the serious and persistent exceedances of the legal emission limit values for vehicles in normal use. The Committee should invite representatives of institutions and bodies that have collected information about real world emissions of vehicles and of diesel vehicles in particular (inter alia Commission’s Joint Research Center, The International Council on Clean Transport, Deutsche Umwelthilfe) and the impacts on air quality standards and health. The Committee should also seek to establish whether, when and how the regulators and competent authorities have been informed. The Committee should have a mission to the Commission’s own research body, the Joint Research Centre, early on during its mandate and receive access to all documentation on testing results, including models and brands, and what was effectively communicated at the time to relevant Member State authorities and Commission by the Centre. It should have access to all relevant documentation from Commission preparatory work, regarding the Technical Committee on Motor Vehicles meetings, (the comitology committee consisting of the Commission and Member States experts) and consultation with the industry (eg. CARS21 process).

2. Hear US regulators on their limits and enforcement

The Committee of Inquiry should hear the US federal regulator (EPA) and the California Air Resource Board regarding the standards in force in the US since 2006 as well as on the ongoing enforcement action. As the lawsuit US vs. VW of America et al will be unfolding, the Committee of Inquiry should also take into account the evidence presented to the court and the depositions produced as well as the documents during discovery.

The Committee should hear scientists and technology providers regarding the options for NOx abatement technology to identify whether the state of the art technology allows meeting of EU Euro5 and Euro6 emission standards in real-driving conditions and why NOx abatement functions are vulnerable to manipulation by software defeat devices (eg. Bosch). With key components for cars being supplied by third parties to the car manufacturers, are the suppliers of defeat software also responsible for infringing the EU law. The Committee should hear testing services to understand why current procedures are not able to detect defeat devices. The Committee should establish what is the extent of the use of defeat software, and to what extent the authorities were aware of their existence and how they have and could have been detected. The Committee should also examine the use of legal shielding provided by trade secret legislation to prevent third parties from acquiring emission data and analysing software on vehicle emission control units.

The Committee of Inquiry should interrogate vehicle manufacturers regarding the evidence of insufficient NOx emission control systems and presence of software that deactivates such systems. What gave the manufacturers the confidence to think competent authorities would not enforce the EU law requirement to meet the emissions limit values “in normal use” not only under type approval test cycle, and that real driving emissions test would not be introduced in a timely manner. What was the role of vehicle manufacturers and ACEA in the adoption of implementing rules in particular in the TCMV Committee?

5. Investigate whether the Commission failed to act

The Committee should hear Commissioners and Commission staff responsible for implementation of the EU vehicle pollutant legislation to establish whether (and why) the Commission failed to introduce harmonised test procedures to reflect real-world driving emissions in a timely manner and adopt measures addressing use of defeat device. The Committee should also investigate what measure, if any, the Commission took to encourage Member States to take enforcement action regarding the discrepancy of emissions in normal use compared to the legal limit.

6. Investigate whether the Member State authorities failed to act

The Committee should hear Member States Ministers and authorities responsible for the type approval of the VW engines concerned by the US defeat device discovery as regards their approval to the EU market, i.a. German Type Approval Authority (KBA), Spanish Ministerio de Industria, Turismo y Comercio - Subdirección General de Calidad y Seguridad Industrial, and UK Vehicles Certification Agency (VCA), as well as other vehicle types and models where compelling evidence of discrepancy on emissions performance had been made available to the competent authorities. 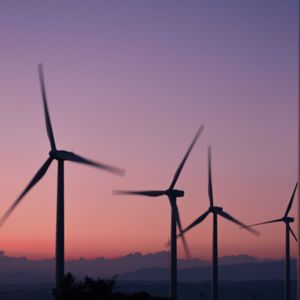 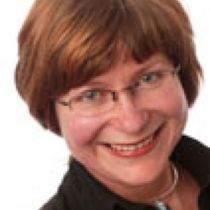