Media freedom, pluralism and independence across Europe are being undermined in many ways. The most extreme examples on EU soil were the shocking and brutal murders of investigative journalists Daphne Caruana Galizia in Malta and Jan Kuciak in Slovakia in the space of just a few months.

Physical threats and violence against journalists have been on the rise in the EU Member States, and concerns have been raised about the adequacy of police protection for reporters or the thoroughness of police investigations into attacks against journalists, including the murder of Viktoria Marinova in Bulgaria. In some cases, police have even raided news outlets or the homes of journalists.

There are serious concerns when it comes to the independence of the media. Romania and Latvia are just two examples where political pressure on the media is strong. Croatia faces political interference in the work of public broadcasters and in Greece, or Spain, the same is true for media regulators. In Hungary, the State exerts pressure on the media through advertising and via state-owned media outlets, which are also expanding into Croatia and Slovenia.

Political attacks on the media are becoming increasingly commonplace in Romania or Italy, oligarchs are dominating the media in Hungary or the Czech Republic and even politically controlled news agencies such as V4NA are being established to ensure government-sanctioned news coverage.

However, journalists also face many other obstacles to their work. Turning to regulatory frameworks, the protection of journalistic sources is hampered by overly broad anti-terrorism laws, far-reaching mass surveillance laws or defamation suits by politicians against journalists for example in Malta or Slovakia. Abusive judicial proceedings are a key tool for gagging investigative journalists, for example in France, Poland or Bulgaria - where two journalists were arrested following their investigations into the abuse of EU funds.

There is also a worrying increase in the concentration of media ownership all across the continent[1]. Journalists can face intense commercial pressures, for example in Finland or the UK, obliging them to churn out several articles a day, or forcing journalists into precarious working conditions.

All of these factors contribute to the degrading of the journalistic profession, and it seems to be getting increasingly difficult for the media to hold power to account and for journalists to properly perform their functions as public interest “watchdogs”. This poses a serious risk for democracy.

Although the European Union institutions may claim to have limited competence to defend media freedom and pluralism across the region, the Greens/EFA group in the European Parliament is convinced that more can, and should be done. We call for media freedom, independence and pluralism to be made a clear priority in the next EU legislative term, which is why we are presenting a series of concrete steps that should be taken to guarantee press freedom in Europe, focussing on those that clearly fall within the competences of the European Union.

The European Commission has strong powers to regulate the internal market. The Commission should investigate if government funding to certain media outlets constitutes a distortion of the media market in a way that disproportionately benefits some media outlets (namely pro-government ones) over others; or in a way that prevents the emergence of new, smaller, independent media outlets, thus undermining fair competition. Public broadcasters should be independent.

The Commission should also look into market concentration in the media sector and use its market powers to ensure that any monopolies or oligopolies are broken up in order to promote pluralism, including of course when it comes to online platforms.

2. Media ownership: transparency and eradication of conflicts of interest

3. EU protections for freedom of expression and information

The application of EU legislation on the national level should be closely monitored, and any indication that EU laws such as copyright, trade secrets, the data protection regulation or the Audio-visual Media Services Directive are being (ab)used to undermine freedom of expression should trigger a swift and strong reaction from the EU institutions including the European Court of Justice and a review of said legislation where necessary. Future EU legislation should never include wording that has the potential to undermine freedom of expression, and any future EU mechanism on democracy, rule of law and fundamental rights must enshrine media freedom as an essential pillar of a democratic system.

Following the successful adoption of the whistleblower directive, the European Commission should assess the possibility for EU legislation to prevent strategic litigation (aka SLAPP suits) that seek to undermine the role of the press or to limit freedom of expression.

Currently the European Commission’s work on press freedom is split across many different areas, which means that important issues are inevitably falling through the cracks. Press Freedom should be a priority for the next European Commission, with a coherent Media Freedom and Independence Strategy for 2019-2024. The European Parliament should likewise ensure that it has a coherent strategy, led by one Parliament committee to reduce fragmentation.

Building on the Media Pluralism Monitor, there should be annual monitoring of the state of press freedom in each EU Member State which includes concrete country by country recommendations to lower risks to media freedom, plus a specific analysis of areas in which the EU could act, for example by proposing legislation.

5. Funding of independent and investigative journalism

EU funded projects such as the Investigative Journalism for the EU fund (or IJ4EU) should be transformed into permanent budget lines and financial support for investigative journalism should become a priority for the next EU Multiannual Financial Framework. EU funds for journalistic endeavours should always be disbursed by an independent body or organisation.

The EU Commission should review its criteria for allocating European taxpayers' money to media outlets, for example via the Creative Europe Media Programme, to ensure that financial support is not provided to media outlets that fail to guarantee editorial independence, fair working conditions for journalists or which have an overly dominant position in the media market.

6. Ensure swift and effective follow up of investigations related to EU funds or other Union competences

Journalists risk their lives and personal integrity, especially when investigating fraud, corruption or organised crime. Any failure to follow up on allegations revealed by journalists sends a damaging signal and undermines the impact and meaningfulness of journalism as a profession. The EU institutions, including OLAF and the EPPO, must always respond both swiftly and robustly to allegations of fraud involving EU funds.

Given that journalists reporting on corruption are exposed to greater risks, the European Commission should contribute to the safety of journalists by taking the fight against corruption seriously, starting by relaunching the annual anti-corruption monitoring report.

Impunity for crimes against journalists must be swiftly and energetically tackled, including by strengthening the ability of Europol to support national investigations into serious attacks against journalists. Journalists requesting protection should also have a contact point in the EU institutions who can follow their cases and ensure adequate attention is paid to their situation.

Advertising is a key source of revenue for many media outlets and the move to online advertising on social media platforms has fundamentally transformed the market. The EU data protection regulation should be applied in a way that prohibits micro-targeting based on personal profiles and that ensures that both the platforms and the third parties advertising on them are held liable for breaches of data protection rights. The European Commission should assess the possibility of EU legislation to further regulate the advertising sector in order to improve the rights of consumers of information.

The European institutions should take active steps to promote gender equality in the media sector, so that more women are in creative or decision-making positions and so the media contributes to the reduction of gender stereotypes. Language diversity should also be encouraged and measures to combat stereotypical portrayals of minorities should be promoted. EU funding for media literacy programmes should also be increased. 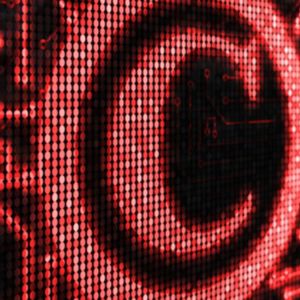