From a pandemic to an economic crisis to what has now become the worst cost of living crisis of the decade, we have seen dramatic changes in the world that have exposed the existing and growing social inequalities. But not everyone has experienced the last three years in the same way. Whilst energy and food prices seem to increase by the hour, so have the accounts of the corporations that are leading in these sectors -and hence the bank accounts of their shareholders. Price gouging and excessive market control of these corporations has resulted in them having extraordinary or windfall profits -a phenomenon that occurs when companies use a crisis to see their profits increase more than they could have ever foreseen under normal circumstances.

These profits are well in excess from what the companies had planned for, any extra costs they face and what they could productively invest. It is a matter of simple economic justice that they contribute their excess profits to help those who are faced with precarity and do not hand them out as dividends or remuneration to wealthy investors and management.

Whether it is fossil energy fuels, food, transport, pharma or big tech companies, it is time to stop allowing large corporations to profit at the expense of the people -who face rising inflation everywhere in Europe and astronomical bills- and the planet. As Greens/EFA, we have been asking since March for an ambitious and coordinated approach to ensure the fair redistribution of the extraordinary profits of large corporations across Europe and we are now seeing the first steps of our demands come to life, but we cannot stop. A windfall tax strategy that applies to all sectors is not just needed, it is urgent.

How should it be carried out and who is it targeting?

Our demands for a one-off emergency tax on extraordinary net profits have always been envisioned from an EU-wide level. However, the urgency of the matter goes to show that there is a serious need for Member States to show further ambition when they implement these measures at national level and that they go beyond the Commission’s proposal.

Our proposed emergency tax targets multinationals who have seen their net profits of the fiscal year 2022 increase over 10% compared to the last five years. We then propose to tax those extraordinary profits at a minimum of 50%. Those corporations and multinationals that belong in highly energy-intensive industries (such as food, fossil fuels) should pay a further contribution towards investments that foster the green transition -and further our goal to end the fossil fuel era.

While the current focus of this measure is on companies from the sectors with the biggest role in this crisis (namely food, fossil energy fuels or transport), it should not be limited to them. During the COVID-19 crisis, companies in the pharma and big tech sectors benefited from an extraordinary situation in which society as a whole was at the mercy of a few multinationals that controlled the markets and, therefore, saw their profits increase exponentially. For this reason, we ask for a retroactive one-off emergency tax to be applied to those corporations that made windfall profits in the years 2020 and 2021.

It has been proven that the need for unanimity in tax matters creates serious difficulties to pass legislation. The Commission should therefore find a legal basis that does not rely on a unanimous agreement by all Member States and can secure a swift approval and implementation of the proposals for the rest of sectors. Said legal basis should also take into consideration the participation of the European Parliament so that it can have a say in the proposals.

Since the year 2022 is coming to an end, Member States should explore the option to implement the existing and future proposals with the possibility of a retroactive application to make sure that the excess profits made until now can be redistributed to those who need it most. There have been corporations who received public funding during the pandemic and who have now made windfall profits that will go untouched. Governments lent money to companies that are now profiting in excess from a crisis and a war. If nothing else, this should serve as motivation to implement that retroactive tax. Moreover, knowing the difficulty and time that it will take to apply this retroactivity, we ask to extend the tax on windfall profits to the years 2023 and 2024.

Where would the money go?

The Commission’s proposal on the solidarity contribution -based on a rate of 33% applied to fossil energy fuel corporations- estimated a potential revenue of €23-25bn. While this is still a prediction, it is clear that we could collect higher revenues if we were applying a rate of at least 50% to several sectors rather than just one.

We ask for the revenues collected to be equally distributed between social measures that provide dignified incomes for everyone and measures that guarantee an independence from fossil energy and foster the green transition. In the short -and most pressing- term, we encourage Member States to put the money towards direct help to most vulnerable citizens to help pay for energy bills and food baskets so that we can immediately tackle the two most pressing issues of the cost of living crisis.

Whilst taking those most immediate measures, Member States are urged to invest the remaining revenues in initiatives that will guarantee energy efficiency in buildings, housing renovations that will ensure independence from fossil fuels, and the electrification of our industries. This will not just ensure that we move towards a more sustainable economy, but it will also guarantee that -in crisis situations- the most vulnerable will not be the ones taking the biggest toll. The use of the revenues should be put towards further social justice, ensuring dignified livelihoods should not come just from an emergency measure but it should be seen as the ultimate goal of governments, either from a national or an EU-wide approach.

We welcomed the Commission’s proposal to address high energy prices and its solidarity contribution as a necessary first step, but we now strongly encourage it to come up with a legislative proposal that is applied to the other relevant sectors -though more urgently the food sector to mitigate the food crisis. The Commission must also ensure that there are consequences for those Member States that do not apply the existing and future proposals aiming at safeguarding the livelihoods of the most vulnerable in Europe.

We also urge national governments to implement the aforementioned proposals in the shortest delay. It has been proved by several countries of the Union that implementing an effective emergency tax on the extraordinary profits of large corporations is a matter of political will. This goes to show that it is in the governments’ power to take a step forward and directly help their citizens in what has now become an unprecedented cost of living crisis driven by the greed of the few at the expense of the many. At a time when Member States are looking at their national budgets and face the decision to choose between austerity or social measures, we need to make sure that the revenues obtained by these emergency taxes are directly used for the social protection of the most vulnerable in the form of investments that would ensure a green and socially just economy. Moreover, these windfall taxes are more helpful in the fight against a profit-driven inflation than other measures, which just goes to show the need to have them in place.

And we shouldn’t stop there. This crisis should also be viewed as an opportunity to address the financial speculation carried out by financial entities across the EU. While these entities are not necessarily profitable per se  and would therefore not be included in our proposal for an emergency tax, they do profit from the lack of regulation and accountability. This has allowed them to speculate with the prices of sectors like food and commodities, which is outrageous under normal circumstances, but is even more reprehensible when people struggle to pay for a food basket.

However, these are all solutions for current problems and, as Greens/EFA, we believe that we shouldn’t really stop at ad-hoc solutions for problems that have become cyclical and structural in economic history. If we want to avoid another critical situation like the one we are currently experiencing, we must ensure that we take long-term measures that foster an equal distribution of wealth across Member States. Member States should not be “scared” of losing out against other countries when implementing tax measures that look to secure social and environmental justice. The tax competition used by some EU countries is a race to the bottom where citizens pay a high price.The Commission should therefore put in place a strong legislative proposal that guarantees a level playing field for the fair taxation of companies based on where the revenues are made and not where the company is based.

There are several opportunities on the table that can move the EU towards a just tax system that puts the people and the planet at its core. Initiatives such as the future BEFIT proposal and the existing OECD global tax deal can -with the appropriate level of ambition- send a strong message about the EU’s commitment to leave behind the existing tax gap and mounting inequalities. And the list should not end there, we need to explore other avenues that will allow the EU and Member States to collect the real money that is made in their territories and put an end to fraudulent and elaborate schemes that do nothing but perpetuate a deeply unfair and unequal system. It should be out of the question that the EU should ever face another situation in which external elements and excessive market power lead to multinationals profiting at the expense of the people, which is why the Commission should at least publish a recommendation and work with national governments to create a mechanism that will avoid windfall profits and speculation.

Moreover, any shortcomings that the Commission and the EU have encountered in the fight for tax justice and the establishment of fair tax measures are only proof that we need to be more ambitious in the transparency measures across the Union. It is impossible to fight for and achieve a fair tax system if we do not know where the funds are located or who is their ultimate owner. Tackling these areas should also be at the forefront of the Commission’s agenda because without transparency and information, most economic measures will be futile.

If the Commission is serious about wanting to achieve tax justice at all costs, it must take the necessary steps to not fall into the trap of unanimity and individual vetoes. The EU needs a strong tax shift that can serve its people and guarantee that the greed of the 1% is not the reason why the 99% have to ever choose between eating or heating. As Greens/EFA we want to be an ally to the Commission and make sure that we push forward to have an EU that we can all be proud of, one that puts people and the climate before economic interests. 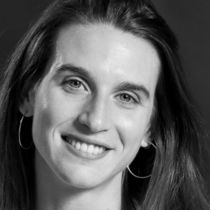