Four Green MEPs have submitted an appeal to the European Food Safety Agency (EFSA), calling for access to the full studies used to determine the safety of controversial herbicide, glyphosate.

In November 2015, the EU's food safety agency (EFSA) judged that glyphosate was "probably not carcinogenic for humans", in direct contradiction to the conclusion of the World Health Organisation's research institute IARC.

In response, Heidi Hautala, Benedek Jávor, Michèle Rivasi and Bart Staes submitted an access to documents request so that the unpublished studies used in EFSA’s determination could be subject to independent scrutiny.

In December 2016, EFSA provided a partial answer to the MEPs’ request, but crucial information was either missing or redacted. EFSA will now have 15 working days to respond to the request.

Citizens' trust in EU institutions is sorely lacking and continuing to hide information that impacts public health will not help address this. Despite its efforts, EFSA still hides behind the industry for not sharing the necessary study data. The material now received does unfortunately not give the external scientific community the opportunity for peer review.

Major questions remain as to the safety of glyphosate, especially in relation to the WHO’s analysis that it is 'probably carcinogenic'. It is therefore deeply frustrating that EFSA continues to give only part of the story. Scientists have confirmed that further information is needed if an independent analysis is to be possible. So long as EFSA withholds information, the controversy around this substance will continue. We would urge them to finally make these studies public so that our citizens can have the full facts regarding the safety of glyphosate.

You can view the MEPs' appeal letter here.

The COVID-19 crisis reveals the many fissures of the E… 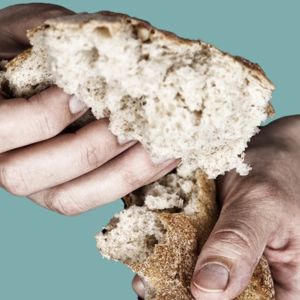