On Wednesday, Commission President Ursula von der Leyen gave her State of the European Union address. In the annual address, she presented emergency measures in response to the energy crisis. She alsos expressed continued support for Ukraine.

“With skyrocketing energy prices throughout the EU, the Commission and Member States must ensure that the costs are borne by the strongest shoulders in our society. The excess profits of energy companies must be redistributed, as the profits of a few must not be to the disadvantage of the many.”

“For the sake of energy security and climate protection, we need massive investment in renewable energies, including the rapid expansion of solar energy and thermal insulation. This summer, the world has once again experienced the devastating consequences of the climate crisis with fires, heat waves, droughts and floods. The climate crisis presents the greatest political test for our generation."

Ska Keller steps down as President of the Greens/EFA Group

On Wednesday, Ska Keller announced that she is stepping down as President of the Greens/EFA Group in the European Parliament, after six years of service to the Group.

“We have little over a year left until the next European elections campaign is going to kick off. These elections will take place in very challenging times with a war in Europe and several severe crises.

“However, for me it is clear that after three great terms, I will not run again at the next European Elections. This is a personal decision. It is time for new things, and I want to make sure that the new person in charge, preparing this group for the times ahead, will have the best starting position possible. Therefore, I put my position as Group President up for election and make space to give a head start to whomever is next. I want to give a new generation the possibility to get more visibility, to prepare for our new group to succeed.

Combating the energy crisis with renewables and energy savings

On Wednesday, the European Parliament adopted its position on the revision of the Renewable Energy Directive and on the Energy Efficiency Directive, two key pieces of legislation in the EU’s Fit for 55 climate plan. The Greens/EFA Group welcomes the call to increase the mandatory share of renewable energy in transport, heating, buildings and industry. We also welcome the call for mandatory national energy efficiency targets and a mandatory annual renovation rate for public buildings. Energy savings and the massive expansion of renewable energies will be central components of the response to the energy crisis.

This week the European Parliament voted in favour of the Directive on Minimum Wages in the EU. The new Directive will mean that two-thirds of Member States must gradually increase their minimum wages, improving the standard of living for millions of people. In total, 25 million workers will see their wages increase by 20% and the rate of in-work poverty is expected to drop by 10%.

Although minimum wage will not be harmonised with this legislation, countries will be required to promote collective bargaining and to set procedures and criteria to allow workers to have a decent standard of living. In addition, Member States will have to take into account increases in the cost of living when calculating the rate of minimum wage.

On Thursday, Members of the European Parliament voted to support the findings of Greens/EFA MEP, Gwendoline Delbos-Corfield’s report into the “Existence of a clear risk of a serious breach by Hungary of the values on which the Union is founded”. The report states that Hungary has moved from being a democracy to a ‘hybrid regime of electoral autocracy’.

Forests cover 30% of the Earth’s land area and host 80% of its biodiversity. But they are currently in serious danger from deforestation and forest degradation, with an equivalent of 800 football fields of forest lost every hour in the world. 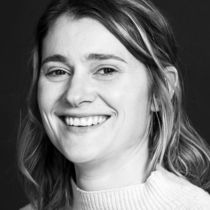 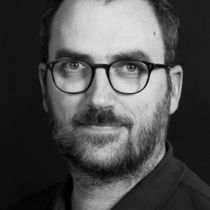 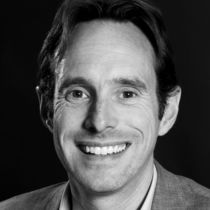