Conservatives and Social Democrats cave in on SWIFT

German Green MEP and member of the Civil Liberties Committee, Jan Philipp Albrecht, comments on the ongoing negotiations between Council, Commission and Parliament over the transfer of bank data to US authorities ("SWIFT agreement"):

"Now the cat is out of the bag: The grand coalition of Conservatives and Social Democrats in the European Parliament wants to accept the new SWIFT agreement. This damages not only the authority of the Parliament, but also the negotiating position of the EU vis-à-vis the United States in regard to reaching common data protection standards. Although Commission and Council are not reacting to the clear criticism of the Parliament over the transfer of large amounts of European banking data to the US, the new agreement is supposed to be rushed through by the large parties.

"There will not even be a binding sunset clause in the agreement, a provision which had been asked for vehemently by all political groups. Therefore, the majority of the Parliament is giving away any possibility to sustain the pressure on Council, Commission and US government to solve the problem of bulk transfers of data on completely unsuspicious persons, which by many experts is understood as a breach of European fundamental law. Now, I will focus on this issue in my new function as the Parliament's rapporteur for the planned data protection agreement with the United States." 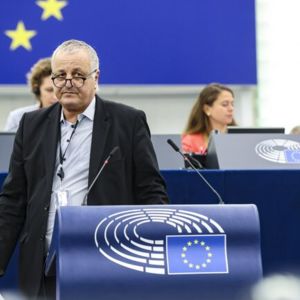 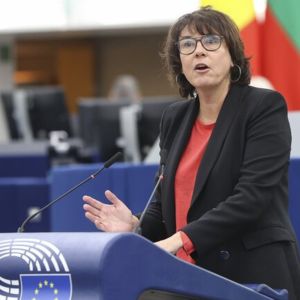