The European Parliament has just called on EU governments and the European Commission to make the authorisation procedure for pesticides more transparent, to take decisions based on independent scientific evidence, to test pesticides and pesticide active substances more rigorously for health and environmental risks, and to re-asses the product glyphosate for its cancer risks, in the final report of the Special Committee on Pesticide Authorisation (PEST).

A very large majority of the MEPs followed rapporteurs Bart Staes (Greens/EFA) and Norbert Lins (EPP) in calling for a fundamental reform of the authorisation procedure. The Greens/EFA had pushed for PEST Committee the following the revelations of the Monsanto papers.

Yesterday, the Greens/EFA Group published a study demonstrating that the German Federal Institute for Risk Assessment (BfR) in its assessments of the health effects of glyphosate partly plagiarised assessments directly from Monsanto (now Bayer), the glyphosate producer, leading the Glyphosate Task Force. The BfR adopted the chemical giant's own assessments of the potential damage to humans and the environment from glyphosate, without clearly indicating this in their final report. By doing so the BfR dismissed all independent scientific studies indicating potential carcinogenic effects.

"The European Parliament has listened to EU citizens, who expressed calls through the European Citizen Initiative (ECI). In conducting its work, the PEST committee has not bowed to the by pressure of the pesticides lobby and is demanding strong action to protect health and the environment. The overwhelming support for reform of the pesticide authorisation procedure is a wakeup call for EU governments and the Commission and also a success for the ECI and public protests throughout the glyphosate debate.

"The Special Committee has brought to light serious shortcomings in the authorisation of pesticides. We must now put an end to the secrecy, the conflicts of interest and the fact that governments are depending too heavily on chemical giants such as Monsanto. The copy and paste in the approval case of glyphosate must be a lesson for more transparency and independent assessment in the authorisation of dangerous substances.

"The Committee could not resolve the controversy around the carcinogenicity of glyphosate and for that reason has asked for a systematic review of all relevant science. The next round of decisions on whether to ban glyphosate from our fields will be in 2022. Any future decision on glyphosate must fully consider independent scientific studies and ensure objective and transparent decision-making around the cancer risks and threats to biodiversity that glyphosate poses.

The Greens/EFA Group in the European Parliament have taken the European Food Safety Authority to the European Court of Justice for breach of its transparency obligations. The question is to which extent the Authority should make public the industry studies relating to the risk assessment of glyphosate. The ruling is expected on March 7th.

Some of the demands in detail:

Protection of bees against harmful pesticides 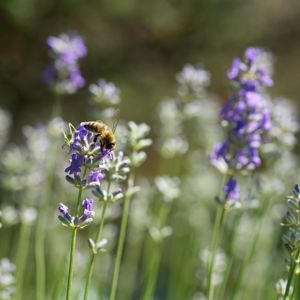