President of the EFA Group in the European Parliament Josep-Maria Terricabras has paid tribute to those involved in the 'Freedom Flotilla' and called for a peaceful end to the blockade of Gaza.

Israeli armed forces intercepted the ship 'Marianne' early this morning and it is now being escorted to the port of Ashdod.

The ship is carrying humanitarian aid to Gaza and aboard is former EFA MEP Ana Miranda from Galicia. 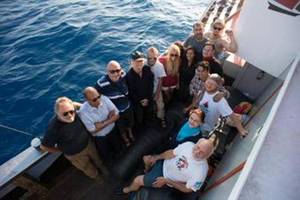 "I pay tribute to those aboard the freedom flotilla for their enormous courage in trying to peacefully break the blockade of Gaza.

"This blockade is a humanitarian outrage which is causing unbearable hardship for the civilian population. It is an intolerable situation which cannot continue.

"My colleague Ana Miranda is aboard the 'Marianne' which was intercepted in international waters and is now being escorted to Ashdod.

"I call upon the Israeli authorities to release the boat and ensure the humanitarian aid reaches its destination.

"I also call upon the President of the European Parliament to intervene with the Israeli authorities to secure the early release of those involved."

"We cannot stand by and ignore the humanitarian crisis in Gaza provoked by the Israeli blockade. That's why dozens of campaigners, amongst them my colleague Ana Mirana, have bravely attempted to break the siege.

"Their action was entirely peaceful and their cargo consisted of humanitarian aid and solar panels – in other words much needed assistance for the people of Gaza.

"But it is also hugely symbolic and shows that Europe has not forgotten the plight of the Palestinian people in Gaza.

"I call upon the Israeli authorities to release the ship and its cargo.

"We must have a constructive dialogue between all parties concerned to ensure this cruel economic embargo can be lifted urgently."

Israeli Prime Minister Benjamin Netanyahu issued a statement congratulating troops for seizing the ship he said was involved in "a demonstration of lies and hypocrisy", and said Israel's actions were in accordance with international law.