Today, the agreement on the Just Transition Fund (JTF) was adopted by a large majority of MEPs, voting results have just been announced. The fund is a key building block of the Green Deal and aims to pave the way to the green and sustainable economy and providing support for renewable energy, start-ups, knowledge transfer, retraining, social infrastructure and cultural projects. The Greens/EFA Group has successfully ensured that money from the fund will not be used to support gas infrastructure and fossil fuels. Unfortunately, the fund will have €17.5 billion at its disposal, far below the demands of the Greens/EFA Group and the European Commission, which have been cut by more than half by EU governments.

"We must leave no one behind on the road to the green economy. The Just Transition Fund delivers on the promise of the Green Deal to start the transformation of the economy, create new jobs and cushion the change in a socially responsible way. It is a Green success that not a single euro will be invested in gas infrastructure and fossil fuels. Oil, gas and coal have no place in the process of change. Any public investment in fossil fuels is a waste of taxpayers' money. The future belongs to renewables.

"The JTF will act as an incentive for countries such as Poland to help in the phase out of polluting fossil fuels like coal. Unfortunately, European governments including Germany, have stripped back the size of the fund. However, the funds available should serve as a model for a just and social green transition."

Gender equality and the just transition 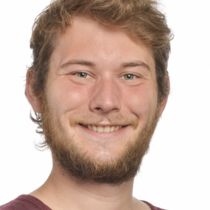