Time to prioritise the protection of whistle-blowers instead of attempting to silence them!

Whistleblowing is not just about freedom of speech. It's not just about protecting working conditions, and it's not just about protecting the internal market. It's about all those things and more. It's the only way in which a lot of otherwise secret information can be brought to light, and hence it's often the best way, at least for now, to uncover wrong-doing, corruption, and downright immoral behaviour. Recent scandals uncovered by whistle-blowers include illegal mass surveillance, industrial scale tax avoidance or the sexual abuse of children by peacekeepers. The biggest leak in history to date, revealed in the Panama Papers, has once again highlighted just how important whistle-blowers are for allowing in-depth journalistic investigations. However, instead of promoting public interest disclosures, the EU will soon adopt a Trade Secrets Directive that actually threatens to undermine future disclosures of this kind by treating almost any secretive business information as a trade secret. This is why the Greens/EFA group in the European Parliament believes that it is now more urgent than ever to enact an EU legal framework that would set out common minimum standards for the protection of whistle-blowers throughout the European Union. So we have decided to take matters into our own hands, and to work with legal experts to create a draft EU directive to protect whistle-blowers. We want to show that with enough will, there is a way. Today we sent the draft directive to Mr. Juncker, the President of the European Commission, Frans Timmermans, and the other relevant commissioners. With this initiative we hope to push the European Commission to finally act!

A bit of background

Over the past decade, the European Parliament has consistently been calling on the European Commission to propose EU legislation on the subject. Most recently, the European Parliament's special TAXE committee called on the Commission to present whistle-blower legislation by June 2016. However, the European Commission has yet to respond to these calls. Where whistle-blower protection exists in the EU, provisions tend to be scattered across different laws, with some Member States having regulated some level of protection in anti-corruption laws, others in public service laws, and again others in labour, criminal and sector-specific laws, thus leaving significant legal loopholes and gaps. As a consequence, whistle-blowers across EU Member States enjoy uneven levels of protection, or in six countries, no protection at all. This means that despite the fact that whistleblowing is essential for protecting the public interest, for maintaining accountability and integrity in both the public and private sectors, and for ensuring the functioning of the internal market, whistle-blowers who speak up often do so at high personal risk, and usually suffer great professional and personal costs. The current Luxleaks trial is one recent example of this, with the whistle-blower that released the information currently on trial for violation of professional secrecy and theft of data, amongst other accusations. Antoine Deltour could face between 5-10 years in prison and/or an enormous fine, just for making public something that he (and plenty of other people) thought was wrong. 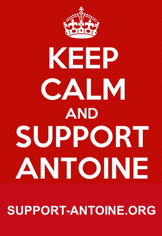 Tomorrow, 4th May 2016, we will present a draft directive to establish minimum levels of protection in the EU Member States for whistle-blowers at a public conference to be held in Brussels. All European Parliament groups have been invited, and the European Commission will also provide feedback to our proposal. If you can't join us, watch the streaming! We hope that tomorrow's event will serve to get the ball rolling so that the EU and its Member States can adopt legally binding mechanisms to protect whistle-blowers across Europe.

To give your feedback on the Directive, contact  Pam Bartlett Quintanilla
Transparency and Democracy Campaigner

With this draft Directive we aim to gather broad cross-party support within the European Parliament so that this work can be used and built upon by the Commission, which is the only EU institution with the competence to start such a legislative initiative. We will also do some targeted campaigning in key EU countries - contact us if you want to be a part of this initiative!