Motion for a resolution tabled by Greens/EFA and S&D

–   having regard to the Basic Law of Hungary, adopted on 18 April 2011 by the National Assembly of the Hungarian Republic (hereinafter referred to as ‘the new Constitution’),

–   having regard to motion for resolution No 12490 on serious setbacks in the fields of the rule of law and human rights in Hungary tabled on 25 January 2011 in the Parliamentary Assembly of the Council of Europe,

–   having regard to ruling No 30141/04 of the European Court of Human Rights (Schalk and Kopf v Austria), and in particular its obiter dicta,

A. whereas the European Union is founded on the values of democracy and the rule of law, as stipulated in Article 2 TEU, on unequivocal respect for fundamental rights and freedoms, as enshrined in the Charter of Fundamental Rights of the European Union and in the ECHR, and on the recognition of the legal value of said rights, freedoms and principles, which is further demonstrated by the EU’s forthcoming accession to the ECHR,

B.  whereas the drafting and the adoption of a new constitution after EU accession is an unusual phenomenon, and whereas, although Member States have the exclusive right to draft and adopt new constitutions, particular attention should be paid at EU level to the form of the documents concerned and to the processes involved, so as to ensure that the letter and spirit of the adopted constitutions do not contradict the letter and spirit of the acquis communautaire,

C. whereas the drafting and adoption of the new Constitution was completed in an exceptionally short time frame which did not leave enough time for a thorough and substantive public debate on the draft text,

D. whereas the new Constitution was adopted exclusively with the votes of the MPs from the governing parties, so that no political consensus was achieved,

E.  whereas it shares the concerns voiced by the Venice Commission, particularly regarding the transparency, openness and inclusiveness of and the time frame for the adoption process, and regarding the changes in the system of checks and balances, in particular the provisions concerning the new Hungarian Constitutional Court and courts and judges that may put the independence of Hungarian judiciary at risk,

F.  whereas the new Constitution fails to explicitly lay down a number of principles which Hungary, on the basis of its international obligations, is required to respect and promote, such as the ban on the death penalty, the ban on discrimination on the grounds of sexual orientation and the suspension or restriction of fundamental rights by means of special legal orders,

G. whereas the new Constitution, through the values it enshrines and its unclear wording when defining basic notions such as ‘family’ and the right to life from the moment of conception, creates the risk of discrimination against certain groups in society, namely ethnic, religious and sexual minorities, single-parent families, people living in civil partnerships and women,

H. whereas the new Constitution does not explicitly guarantee that Hungary will respect the territorial integrity of other countries, and the lack of any such provision, together with the unclear wording of the preamble, particularly the parts concerning the Hungarian State’s obligations towards ethnic Hungarians living abroad, may create a legal basis for actions that neighbouring countries would regard as interference in their internal affairs, which may give rise to tensions in the region,

I.   whereas the new Constitution stipulates that its preamble has legal force, which may have legal and political implications and may lead to legal uncertainty,

J.   whereas the incorporation of the Charter of Fundamental Rights of the European Union into the new Constitution may give rise to overlaps in competences between Hungarian and international courts, as pointed out in the opinion issued by the Venice Commission,

K. whereas the new Constitution, unlike the current one, declares that the official currency of Hungary is the forint, which may make the future adoption of the euro more difficult by creating unnecessary legal hurdles,

L.  whereas the new Constitution provides for the extensive use of cardinal laws, whose adoption is also subject to a two-thirds majority, which will cover a wide range of issues relating to Hungary’s institutional system and fundamental rights; whereas in practice this makes their adoption part of the new Hungarian constitutional process,

M. whereas, under the new Constitution, a number of issues, such as specific aspects of family law and the tax and pension systems, which normally fall within the sphere of competence of the government or are covered by the regular decision-making powers of the legislature, will also have to be regulated by cardinal laws, which means that future elections will have less significance and more scope will be created for a government with a two-thirds majority to cement its political preferences; whereas the process of enacting specific and detailed rules by means of cardinal laws can thus put the principle of democracy at risk,

N. whereas, as underlined by the Venice Commission, cultural, religious, socio-economic and financial policies should not be set in stone by means of cardinal laws,

O. whereas the re-established Budget Council will have the power to veto the adoption of the general budget, in which case the Head of State can dissolve the National Assembly, severely restricting the scope for action of the democratically elected legislature,

P.  whereas the effective system of four parliamentary commissioners will be downgraded to one consisting of a general ombudsman and two deputies, which may not provide the same level of protection of rights and whose powers will not include those of the former Commissioner for Personal Data and Freedom of Information; whereas the latter’s powers will be transferred to an authority whose modus operandi is not specified,

Q. whereas in parallel with the adoption of the new Constitution the Hungarian Government and the governing parties made many new appointments to key positions, such as Attorney-General, President of the State Audit Office and President of the Budget Council,

S.  whereas the Parliamentary Assembly of the Council of Europe has decided to prepare a report on the new Hungarian Constitution, based on the opinion of the Venice Commission,

T.  whereas the drafting and adoption of a new constitution was not mentioned in the electoral manifesto of the governing parties,

U. whereas the Secretary-General of the United Nations, Ban Ki-moon, has stated that he would ‘appreciate it if the Hungarian Government were to seek advice and recommendations from within the country and from the Council of Europe or the United Nations’ and takes the view that Hungary, as an EU Member State, should ask the European institutions to give advice and review the new Constitution,

1.  Calls on the Hungarian authorities to consider the recommendations contained in the opinion of the Venice Commission and to address the issues and concerns raised therein, either by amending the new Constitution, through interpretations of the new Constitution or through future cardinal and ordinary laws;

2.  Calls on the Hungarian authorities to actively seek consensus, to ensure greater transparency, and to foster genuine political and social inclusion and a broad public debate in connection with the forthcoming drafting and adoption of the generic laws laid down in the new Constitution;

3.  Calls on the Hungarian authorities to take a narrow approach in the cardinal law on the basic rules of the tax and pension systems, allowing future governments and democratically elected legislatures to take autonomous decisions on the country’s fiscal policy; in that connection, calls on the Hungarian authorities to revise the current mandate of the Budget Council;

4.  Calls on the Hungarian authorities to consider amending the new Constitution, particularly its preamble, so that it guarantees equal protection of the rights of every citizen, no matter which religious, sexual, ethnic or other societal group they belong to, and to include in it an explicit declaration on the separation of church and state;

5.  Calls on the Hungarian authorities to amend the new Constitution, including its preamble, so that it explicitly guarantees that Hungary will respect the territorial integrity of other countries when seeking the support of ethnic Hungarians living abroad;

6.  Calls on the Hungarian authorities to reaffirm the independence of the judiciary by restoring the right of the new Hungarian Constitutional Court to review budget-related legislation without exception, as required by ECHR-based law, by revising the provision on the lower mandatory retirement age for judges, and by guaranteeing explicitly the independent management of the judicial system;

7.  Suggests to the Hungarian authorities that they should consider amending the new Constitution so that it explicitly protects all fundamental civic and social rights, in keeping with Hungary’s international obligations, bans the death penalty, life imprisonment without parole and discrimination on the grounds of sexual orientation, provides sufficient guarantees concerning the protection of fundamental rights, and makes it clear that the citizens of Hungary acquire at birth fundamental rights which are not tied to obligations;

8.  Calls on the Hungarian authorities to ensure that the reorganisation of the system of parliamentary commissioners will not serve to water down the existing guarantees concerning the protection and promotion of rights in the areas of the protection of national minorities, the protection of personal data and the transparency of publicly relevant information, as well as the independence of the respective bodies responsible for these areas;

9.  Calls on the Hungarian authorities to make sure that the incorporation of the Charter of Fundamental Rights into the new Constitution does not cause problems of interpretation and overlapping competences between domestic courts, the new Hungarian Constitutional Court and the European Court of Justice;

10. Calls on the Commission to conduct a thorough review and analysis of the new Constitution and of the generic laws to be adopted in the future in order to check that they are consistent with the acquis communautaire, and in particular the Charter of Fundamental Rights of the European Union, and with the letter and spirit of the Treaties;

11. Instructs its President to forward this resolution to the Council, the Commission, the Council of Europe, the governments and parliaments of the Member States, the Fundamental Rights Agency and the OSCE. 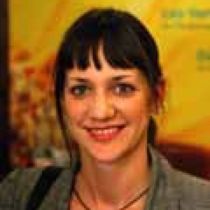