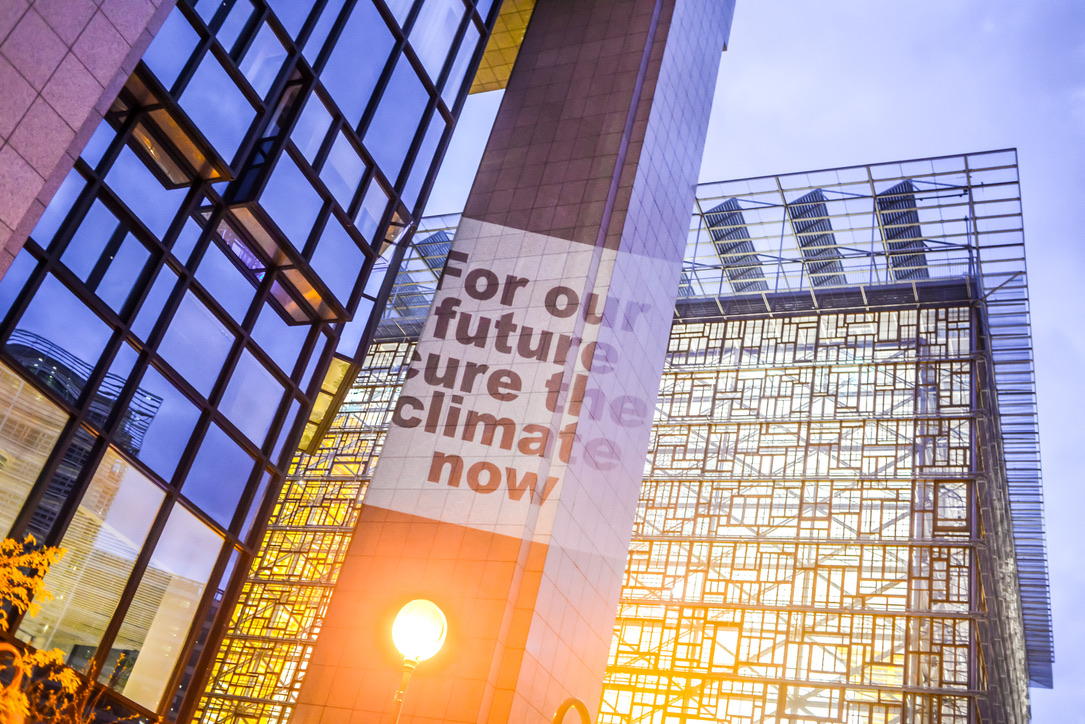 In our previous blog, “Financing the green deal,” we have already briefly discussed the EU Recovery Plan.

This plan was proposed by the European Commission to define the procedure of recovery in Europe after the COVID crisis.

While it is mainly focused on rebuilding the economy, a lot of voices in and outside of the European institutions have expressed that this could be a very important moment for climate. While the world was in lockdown and our economy collapsed, huge amounts of CO2 emissions were continuously released.

In fact, our emissions only dropped by 10%. This may sound like a lot, but considering that most of the world was in lockdown, you would expect a greater impact on our emissions. It is now clear that the industry, our government, and big corporations, coupled with policies resulting in worldwide deforestation and destruction of biodiversity, are the real driving factors of climate change. Not individual behaviour. Even if you put everyone on pause, this world runs on fossil fuels. Facing the fact that we are living in a fossil-fuel-addicted society is hard to hear for those who built it.

We are now at a crossroads in history where we get to decide what path we will choose as we rebuild this world. Are we going to use this global health crisis as an excuse to justify continued passivity, or as a reason to pursue more climate action? After all, the pandemic is directly linked to climate change, and we know that more pandemics will come due to the climate crisis.

So we did some investigating into this recovery plan to see if Europe was actually building a smart, sustainable, and long-term future for the next generations. We got the chance to talk to scientists like Leo van Broeck and ex-Vice President of the IPCC Jean-pascal van Ypersele. We analysed the conclusions of multiple political groups of the European parliament and analysis of organisations like Wemove, Avaaz and Greenpeace.

On the 19th of June, we even met the closest two advisors of the President of the European Council, Charles Michel: Mr Rudy Volders, Chief Advisor in charge of climate, and Mr Jurek Kuczkiewicz, his Communication Advisor.

We must admit, our excitement has really subdued after investigating these plans. As always, the speeches and one-liners sound ambitious and brave, but the real plan is hidden in the details. 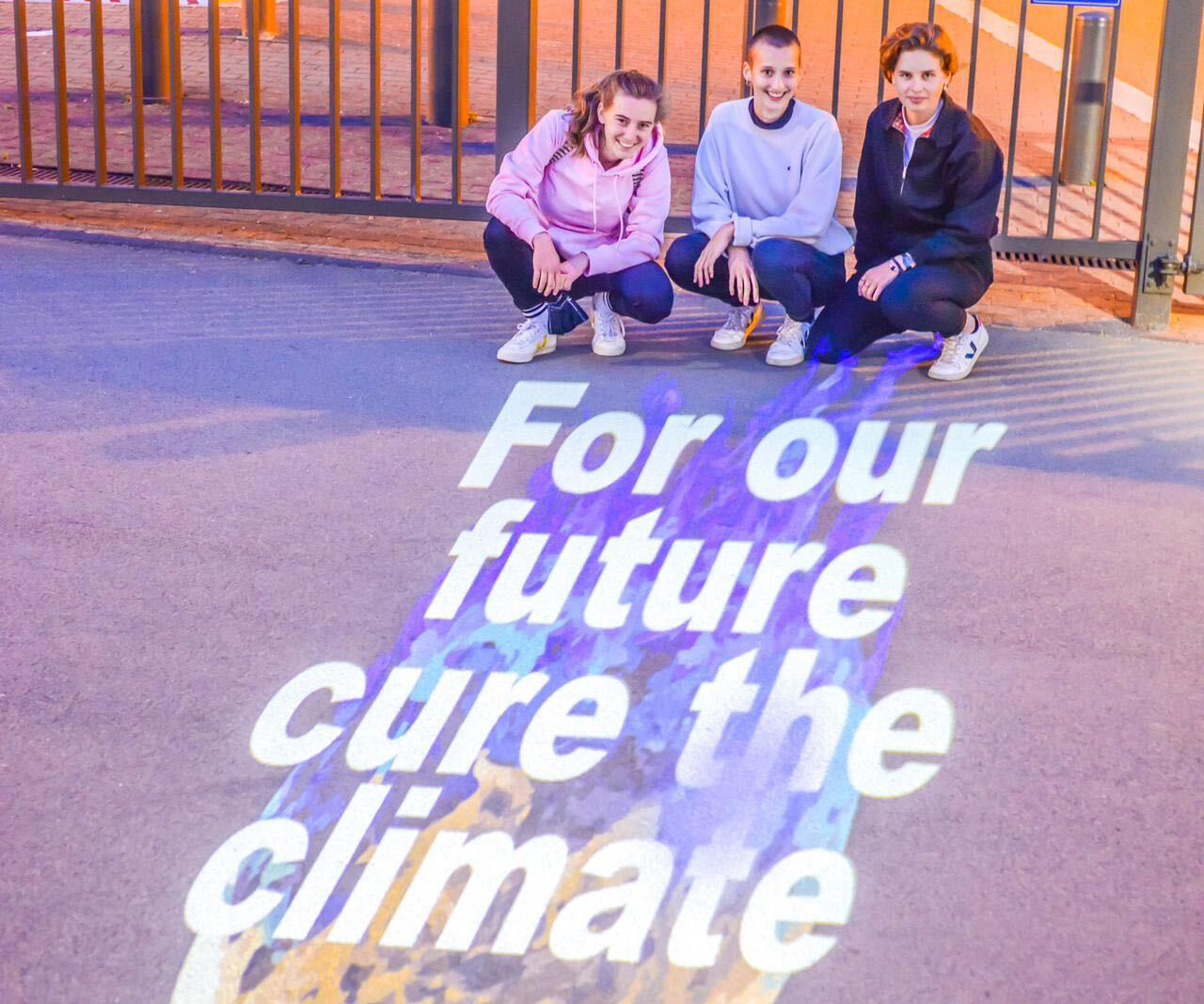 Our conclusion about the recovery plan

1. It starts off with the fact that nearly 2000 Billion Euros of State aid was proposed by the European commission and European Central Bank (ECB) with barely any guarantees for ecological conditions. This means that businesses and corporations, and even Member States, receiving this money can just rebuild their business without any change of action. There are no conditions or laws about climate neutrality that they will have to follow in their recovery.

2. The second thing is that the plan doesn’t say anything about stopping fossil fuel subsidies. The very source of the climate crisis and the only legitimate way out of it is not even considered as an option. This should be at the very top of the recovery plan and for that we are incredibly disappointed that politicians don’t seem to realise the importance of this matter. This actually brings us to the third point:

3. We found incoherence between all the policies. If you would spend millions of euros on green measures, but still spend billions on fossil fuels, you are throwing money in the trash. We have to be consistent in the fact that all sectors should be engaged with the 2050 climate neutrality objective of the EU. This is actually very logical to understand. Same goes for trade policies: the EU invests in reforestation, but is simultaneously one of the biggest contributors to the Latin America’s deforestation through trade agreements like Mercosur.

4. Right now, 25% of the MFF is used to invest in climate measures. This is actually a lot, but it can only be effective if the other 75% of the budget going to migration, development, space, etc. is also used in a way that prioritizes climate neutrality in these sectors.

5. This last point might be the most important one. We know that agriculture is one of the biggest drivers of climate change in Europe. This industry emits so many fossil fuels and it is linked to the quality and quantity of our food, biodiversity, while also supporting farmers and maintaining rural areas. It’s worth 35% of the EU budget, but it is also destroying our commitments to the Paris Agreement. The CAP (Common Agriculture Policy) should be completely transformed to become a driver in addressing climate change and including farmers in this process.

So, after coming to these conclusions about the plan, we were pretty devastated. Again. And what usually follows that feeling is action.

On the 19th of June, all heads of states were supposed to be in Brussels meeting about this proposal. We would have been outside with FFF Belgium and Germany to put out 5 demands for our EU leaders and for the future German Council Presidency. Unfortunately, due to COVID-19, the heads of state met virtually. So, instead, we did an action outside of the EU Council and we met special advisors of Charles Michel to convey our message.

These are our demands

1. All recipients (of the state aide), whether they are public or private, must fully be engaged to respect the Paris Agreement to limit global warming to 1.5 degrees, as well as other environmental objectives, and provide clear policy incentives to catalyse the just transition.

2. No more subsidising fossil fuels. Instead, promoting alternative sources of energy and subsidising sustainable and ethical companies who have a place in tomorrow’s economy. To be financed by targeted new financial tools.

3. Establish a sizable Green and Fair Recovery Fund by using at least 50% of the MFF backed up by all available EU financial tools to finance the green and just recovery

4. It is crucial that the Common Agricultural Policy (35% of the EU budget) be fundamentally transformed to become a powerful driver for quality food, climate and biodiversity respect and sustainable jobs.

5. Coherence of all policies. Every policy in every sector, as well as the trade policies, should be in line with the Paris Agreement.

If you are reading this, it is absolutely crucial that public pressure exists right now. The decisions that are being made today will determine the future we will live in tomorrow. If we don’t use the moment we are in today, we will never achieve our goals. Us, as young people, will pay for the pandemic for the rest of our lives. So it is only fair to at least pay for something that is worthy.

As a small reminder: today, if every country globally would follow up on their set goals and reach them, the earth would still have a temperature rise of 3-4°C. This is not in line with the Paris Agreement’s target of 1.5°C or well below 2°C, which, by  the way, was signed by 195 countries. This is eternal fever. This is floods, droughts, famine and healthy people dying within 6 hours because of deadly humid heat waves. This is not a world anybody would want to live in. While our world leaders keep minimising this crisis in Europe, consequences of the climate crisis are already being felt by millions of people in the global south. With this window of opportunity, we have a chance to change everything. Because if not now, when?

If we would finally realise that the climate crisis is a much deadlier virus than COVID-19, we might finally be able to see the systemic change we desperately need, but as long as we keep pretending this is something we can solve with a green deal or a recovery plan or any other policy, we won’t make it. We simply won’t make it.

We are Adélaïde Charlier and Anuna De Wever. Two climate activists that launched the youth for climate movement in Belgium, internationally known as Fridays For Future. We struck for weeks and weeks, for more than a year. We worked together with scientists, politicians and activists. We recently sailed to Latin America to attend the CoP in Chile and to understand the threat to the Amazon Rainforest and the Global South facing the direct consequences of climate change.

After this, we felt like it was time for our activism to evolve and for us to get closer to the decision making process at the European level. We started an internship in the Greens/EFA Group in February 2020 and decided to write a regular blog to share information on the preparation of the European Green Deal within the Parliament.

We want to build the bridge between the climate activists in the streets and the politicians in the European Parliament. We would like to offer young activists more information about the internal trade-offs to pressure the right points, and debate with our politicians to show them there are millions of people all around the world ready and waiting for change.